Brianne Ingram – Brianne was born in Long Beach, CA and raised in Carson, CA. She received her B.A. in Communication Studies with Cum Laude from California State University, Northridge and is currently pursuing her M.A. degree in Communication Studies at CSUN. She is a Teaching Associate where she teaches public speaking to freshmen and sophomores and also serves as the President of Performance Ensemble. Brianne grew up loving sports as a child and played basketball throughout her life all while being an avid Laker fan. Her passions include writing about sports, debating about sports, eating while watching sports and reporting breaking news. Although entertaining, Brianne believes that sports play a vital role within a democratic society in order to bridge people together to build community. 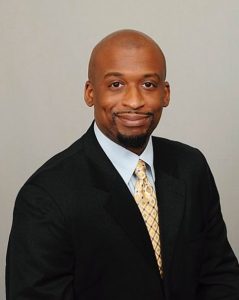 Mark Stephen Graves, Esq. – Mark is an Intellectual Property (IP) Attorney who primarily focuses on Internet Technology and Businesses. Recognizing that the World Wide Web is a form of hypermedia, Mark utilizes his master’s degree in the Media Industry in tandem with his Juris Doctorate (JD) to counsel creatives and businesses alike to utilize their IP to create new web experiences and take advantage of business verticals. Mark is the first person in the world to receive a Juris Doctorate and Master Degree in Music Business and Entertainment Industries, simultaneously.  He has worked for some of the world’s largest international technology, music & media/entertainment corporations, and he has seen first-hand some of the technologies that will be released in the world over the course of the next 15-20 years.